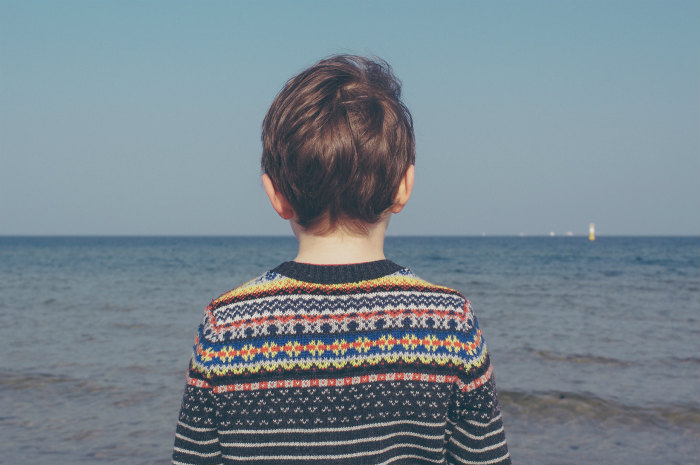 In In re E.K.S., the adoptive parents initiated proceedings in October 2014 in juvenile court to terminate mother’s parental rights. The juvenile court judge denied court-appointed counsel to the mother. The judge based his ruling on Utah Code section 78A-6-1111(2), which earlier in 2014 had been amended by the Utah Legislature to state: “Counsel appointed by the court may not provide representation as court appointed counsel for a parent or legal guardian in any action initiated by, or in any proceeding to modify court orders in proceeding initiated by, a private party.”[1]

Both parents were represented by the same appellate attorney in their appeals, and the arguments presented in both appeals were similar, namely, that denying counsel to the parent had violated the parent’s federal constitutional right to due process and equal protection. (Other arguments presented in one or both cases included ineffective assistance of counsel and violation of state due process.) Finding that federal due process provided the necessary redress for the parent in both cases, the Court did not reach the other arguments.

The Utah Supreme Court reversed and remanded both cases, finding that in both cases the parent’s federal constitutional right to due process was violated by the denial of counsel. The Court’s rulings relied on the United States Supreme Court’s ruling in Lassiter v. Department of Social Services, 452 U.S. 18 (1981). In Lassiter v. Department of Social Services, a state social services department brought a parental rights’ termination action against a mother. Mother was denied counsel at the lower court proceedings and argued on appeal that the denial was a violation of her federal constitutional rights to due process because she was indigent. In addressing her argument, the Court declined to find that due process always required appointment of counsel in indigent parental rights’ termination cases. Instead, the Court set forth the following standard, now enshrined as the Lassiter analysis (which builds upon the familiar Mathews v. Eldridge test).[2] To decide what is required by due process, a court must consider the private interests at stake, the state’s interest, and “the the risk that the procedures used will lead to erroneous decisions.”[3] After weighing these three factors against each other, a court must “set their net weight in the scales against the presumption that there is a right to appointed counsel only where the indigent, if he is unsuccessful, may lose his personal freedom.”[4]

While the Court held, after conducting its analysis, that Ms. Lassiter’s due process rights were not violated by denying her counsel, the Court also stated that “[i]f, in a given case, the parent’s interests were at their strongest, the State’s interests were at their weakest, and the risks of error were at their peak, it could not be said that the Eldridge factors did not overcome the presumption against the right to appointed counsel, and that due process did not therefore require the appointment of counsel.”[5]

After conducting the Lassiter analysis in In re K.A.S., the Utah Supreme Court determined that federal due process required appointment of counsel for the father, and those rights were in fact violated when counsel was denied. In reaching this conclusion, the Court observed that the state had a weak pecuniary interest in avoiding the cost of appointed counsel, as well as a shared interest with the father “in the welfare of the child” and arriving at an “accurate and just decision.”[6] The Court found that the father’s interest was very strong, constituting a “fundamental liberty interest” protected by the United States Constitution and Utah public policy.[7] The Court found it important that, contrary to Ms. Lassiter, who had demonstrated “few sparks of . . . interest” in her child,[8] K.A.S.’s father had sought “for years ‘to contact or have contact with [K.A.S.] . . . .’”[9]

In assessing the risk of error, the Utah Supreme Court found it to be significant, citing the facts that the father had initially been appointed counsel only to have counsel subsequently removed and that the father was incarcerated, which “led to significant communication difficulties and at times even [the father’s] inability to attend proceedings, either in person or telephonically.”[10]

The Utah Supreme Court only conducted the Lassiter analysis in In re K.A.S., instructing the lower court in In re E.K.S. to review the Court’s analysis for guidance on remand.[12]

The rulings in In re K.A.S. and In re E.K.S. instruct courts, both district and juvenile, to conduct a Lassiter analysis in parental rights termination cases to determine whether federal due process requires the appointment of counsel for an indigent parent.[13]

The opinions are most remarkable, however, for this reason: while one might assume, as Associate Chief Justice Lee argued in his dissent in In re K.A.S., that the Lassiter presumption against the appointment of counsel means appointment of counsel should not be the regular outcome of a Lassiter analysis,[14] the majority in In re K.A.S. disagreed. They ruled that a court’s responsibility is to conduct the Lassiter analysis faithfully, and if the analysis supports appointing counsel, counsel should be appointed, no matter how frequently this outcome occurs.[15] As the majority stated, “Lassiter nowhere implies that the effect of this presumption is that if courts regularly find a right to appointed counsel in parental-rights termination proceedings they are doing it wrong.”[16]

Furthermore, the majority seems to believe that a Lassiter analysis will generally lead to the conclusion that counsel does need to be appointed in parental rights termination cases to satisfy due process. While Associate Chief Justice Lee thought that the facts in In re K.A.S. amounted to a “garden-variety parental termination case,”[17] the majority determined appointed counsel was required by due process. The majority went on to state, “[I]t would not surprise us if the presumption against the right to appointed counsel in civil cases were overcome with greater frequency in parental-rights termination proceedings than in other contexts where the stakes are lower and the core issue in the proceedings is less complicated than whether to sever the parent-child relationship . . . .”[18]

In short, the anticipated impact of these recent rulings is that courts will conclude in most, if not all, parental rights termination cases, that an indigent parent should be appointed counsel to meet his or her rights to federal due process. This outcome is required by statute in state-initiated proceedings[19] and seems to be the Utah Supreme Court’s anticipated outcome in privately-initiated proceedings, post-In re K.A.S.[20]

In a follow-up article, we will explore the situation in which a district court or juvenile court were to conduct a Lassiter analysis and determine due process did not require the appointment of counsel. For now, we’ll simply state that such an outcome would likely lead to an appeal by the parent under federal equal protection or state equal protection and/or state due process.

Mark and Chandler, the attorneys at Tanner & Tanner Law, LLC, represented the prospective adoptive parents in In re E.K.S. This blog does not provide legal advice and does not create an attorney-client relationship. If you need legal advice, please contact an attorney directly.

(A modified version of this article also appeared on the Parental Defense of Utah’s blog.)